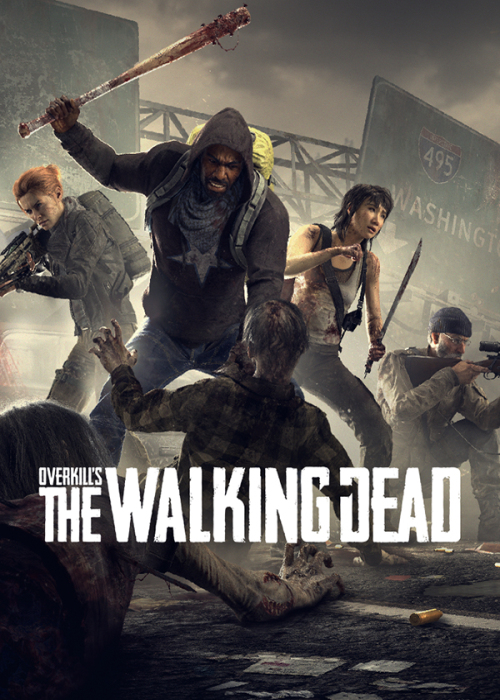 Discover a four-person FPS where together with a group of friends you will have to face a post-apocalyptic world full of zombies.

Find a way to survive:


Dive into a fascinating co-op survival game set in the same world as The Walking Dead comics and TV show. Fight human-eating zombies also recognized as “Walkers” who are strolling around like they own the place.Unite with your friends and try to return safely from the extremely dangerous zombie wilderness.


Overkill’s The Walking Dead invites you and up to three other players to team up and collaborate with during your survival adventure.


The game is set in the ruined Washington DC struggling with a huge zombie problem.Carefully conserve your ammunition while exploring surrounding areas and feel the unsettling vibe of omnipresent zombie hordes. Overkill’s The Walking Dead features brilliant gameplay filled with action and brutal fights. You’ll have to carefully plan your actions if you want to scrape through another day uneaten by a horde of deadly Walkers.

Various murderous weapons to choose from:


Change your weapons during the gameplay in order to achieve desired effect. If you’re playing as Heather, for example, you’ll want to swap tactically between your crossbow, your axe, and your sidearm.


Unlike the sluggish walkers, the human enemies of The Walking Dead can use guns, co-operate, and shout unpleasant things at you. They’re also much more vigilant than zombies, so if you want to survive, you’d better stay quiet.