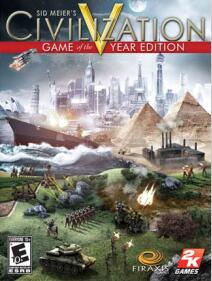 Sid Meier's Civilization V is the fifth instalment of the greatly popular series of turn-based strategy games. The interface received much tuning-up and can now be set as transparent, minimalistic and user-friendly. Not all options and functions are available straight off the bat, but even the hidden ones can be accessed with only one mouse click. Notifications are displayed with an icon, which eliminates the need to go through multiple text messages. All the changes have been implemented to facilitate user control.

First time in the series' history, a hexagon net has been introduced to the world map. Due to this, additional strategic options open up during war. The modification also allows for a more intuitive exploration of the territory and a better development of the player's superpower.